The advertising industry is ever-changing and evolving. And, as political, social, and economic dynamics shift, so do the ways in which we consume media and interact with brands. But, as we know the more things change, the more they stay the same. Let’s take a look at the advertising tactics that brands used in the 1950 and 1960s versus today. 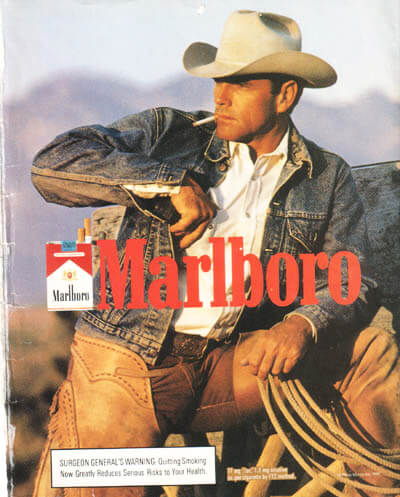 In the 1950s, advertising executive, Rosser Reeves, invented the Unique Selling Point (USP). With this tactic, advertisers would create a phrase that summed up their product and then repeat it across all media. Thus, solidifying their product in the minds of consumers. This actually proved to be quite successful as sales increased significantly. One notable campaign that implemented the USP is Lucky Strike’s “It’s Toasted”.

During the “Creative Revolution” in the 1960s, an opposite approach to advertising burst onto the scene: emotional impacts. In fact, the concept is still used today by numerous agencies more than 50 years later. Emotional impacts use subtle psychological and motivational tactics to encourage people to buy. Specifically, playing on unconscious desires and primal needs for things like social belonging and success. In particular, advertisers utilized famous people and created personalities that the everyday consumer could relate to or aspire to become, like the Marlboro Man (1960s-1990s). In the 1960s, advertisers (much like today) set their sights on attracting a younger demographic. Teenagers, who were forming their own unique culture, were seen as an extremely lucrative target market. Keep in mind, about half of the population was under the age of 25 at this time. Plus, they had disposable incomes and influence over parental spending habits. And, they were viewed as the “trendsetters” of the world, as they were regular consumers of food, music, and of course TV.

Not to mention, youth culture is the most likely to be attracted to materialism and conformism. So, there’s no wondering why Pepsi modeled its marketing around this notion. In 1964, Pepsi sold a lifestyle through its “Pepsi Generation” campaign. The concept represented a youthful attitude and an enthusiastic association with “those who think young.” In many ways, this continues in advertising, although the economy has changed how the younger target markets spend and how. It’s hard to think that the 1950s wasn’t just 50 years ago! Are we the only ones that feel that way? 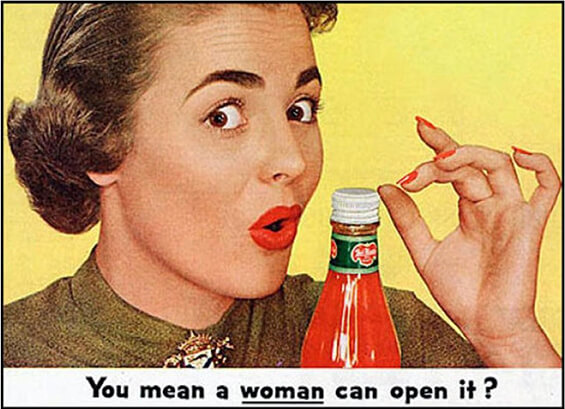 The Role of Women

Of course, we can’t forget how traditional images of women in limited gender roles were seemingly ubiquitous at the time. Many ads portrayed women as housewives and mothers as a means to sell products and services to both genders.

Moreover, women were commonly advertised as being controlled and influenced by their husbands. Cooking, cleaning, and feminine products, in particular, were sold with the message of impressing their husbands. While certain ads, like cigarettes, played on the obsession of body image and weight. Generally, these vintage ads not only created a stigma for women, but the blunt, sexist messaging left no room for interpretation.

Throughout the decades, advertising motives and tactics have shifted. Rather than focusing solely on sales, many companies focus on building consumer trust and loyalty, as well as solidifying brand awareness. While younger generations still remain a key demographic, they are the most skeptical when it comes to ads. In the internet age, brands have to work harder than ever before to garner attention. And, rather than hearing what to purchase from a celebrity or a character, today’s consumer wants to hear from people like them. Think user-generated content or influencer marketing. Overall, people are looking for a more transparent and unique connection to the brands with which they interact. Younger demographics don’t have as much disposable income, so when they spend, they are careful who they give their money to.

Of course, we’ve also seen a massive shift in the portrayals of women in advertising since the ’50s and ’60s. Women are more prevalent in the advertising world as well and hold around 60 percent of positions at marketing agencies. Not to mention, many modern companies, like Nike and Microsoft, are embracing the era of female empowerment and gender equality in their campaigns. And, to showcase the progression, an artist recreated 1950s ads with the gender roles reversed. Check it out here.

Where is Advertising Going?

We don’t know about you, but seeing advertisements from previous decades are like a time capsule to society. It is always interesting how it changes and develops. The internet definitely changed the game and allowed for different marketing strategies. This allowed companies, like Color Fire, to expand companies digitally through website design, email, social media, content, and more. And while the world might seem more global, we actually see a trend towards local. Something many big businesses struggle with is getting to customers on a local level. If you want to learn more about how to capitalize on your local market, contact Color Fire today!